Moxibustion therapy is a traditional Chinese medicine treatment that assists in dispelling cold and damp from the body. It is useful in helping with a wide range of conditions, including aches and pains, colds and flu, and even poor digestion. Read on to learn more.
What is moxibustion?

Moxibustion is the burning of an herb called Mugwort. The herb, or moxa, can take many forms, including cigar-like moxa rolls, raw rice grain size pieces, and compressed smokeless sticks and cones. In Traditional Chinese Medicine, Mugwort is considered to be warm, acrid, and bitter when used in herbal prescriptions. When burnt, it has similar properties and, thus, its warming nature is useful for helping to expel cold and damp from the body as well as warming the body’s channels. The bitter and acrid aspects of Mugwort help to break stagnation, clear phlegm, and rectify the qi and blood. Moxibustion can be considered to be a parallel therapy to acupuncture, being used to stimulate qi flow at points on the body that are selected for their specific function. There are two forms of moxibustion – direct and indirect.

All treatments by appointment only 24hr cancellation required and appreciated

I would like to recommend Katrina's Shiatsu massage, cupping and accupuncture treatments. In my first appointment I had all three and it was amazing!! Katrina put me at ease immediately with her empathic, understanding nature and the shiatsu was both relaxing and remedial - at just the right pressure. The cupping and accupuncture were a great way to finalise the treatment. I left Katrina's treatment room feeling completely relaxed and pain/tension free!!
Melanie Strang 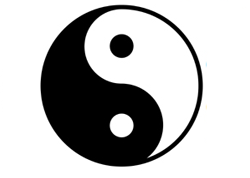